The Certainty Principle:  Consequences are directly proportional to certainty.

The more sure you are of anything, the more devastating it is when it turns out you are wrong.  It’s not the certainty itself that does the most damage, it’s what you commit to, when you are so sure. 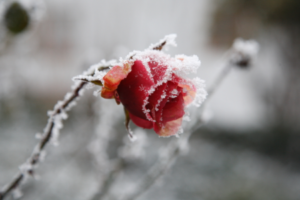 My wife and I have a saying, now, based on a juicy piece of silliness early in our relationship.  “I’m run-around-the-house-naked, sure.”  The way it happened was… I was certain a song was by Kansas.  She was certain is was by Styx. It was my idea to say I was so sure that I would run around the house naked if I was wrong.  This is how I found the rose bushes behind her house.  It was dark. It was February.  In Maine.  Since then, I have only rarely been run-around-the-house-naked sure of anything.

This principle applies to most things in life, from investments to politics, from religion to love. I am not saying you should be cynical and never commit to anything.  It can be both noble and rewarding to commit with all your heart and soul.  I am just saying it should not be done lightly, and always with your eyes open, prepared to at least accept the consequences if you are wrong.

To admit your own fallibility, but commit anyway, shows courage. The other thing, absolute certainty with complete suppression of doubt, is just blind, stupid fanaticism, which is ugly. So go ahead, when the occasion is right, be certain, have faith, be run-around-the-house-naked sure, but know you may find some rose bushes the hard way. That kind of commitment is brave and beautiful.

By JohnsonJanuary 7, 2013Blog, SoapboxLeave a Comment on The Certainty Principle