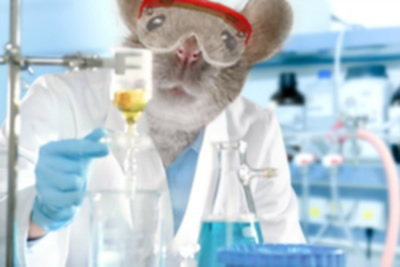 One of the old saws is, “Does the end justify the means?” This shows up on TV in M.A.S.H. and old Star Trek episodes, and has been a fulcrum in literature and spoken traditions for all of memory. Unfortunately, it is not limited to fiction. Pamela Anderson, actress and long-time animal rights activist, wrote on Facebook that she would not participate in a popular charity stunt because the target charity still practices animal testing. It’s not a new subject in my world, but I had always just accepted the things my friends and the occasional celebrity had to say about it. After reading her comments, I decided to look into animal testing and its justification myself.

What I found is that there is a great deal of controversy and misinformation being spread around from both sides. Animal rights activists claiming animal testing can be replaced by more effective modern techniques like computer modeling and isolated tissue tests in all cases, which is not true. There are many things for which there is no current effective alternative to animal trials. Meanwhile, medical research associations claim to only use it when there is no alternative, which is also not true. Often there are very effective alternatives to animal testing, but they are more expensive, or simply unfamiliar. There is also the promise from the medical research associations of humane treatment of animals, when the nature of the tests they need to perform actually makes that unlikely. Of course the animal rights advocates are convinced the animals are being treated in the most inhumane ways possible all the time, which is equally unlikely.

The National Health Council attempted to find reasonable middle ground with their Use of Animals in Biomedical Research guidelines, allowing animal testing when needed, and encouraging consistently humane treatment. The guidelines are amazingly clear and sane, especially for a document created by committee within a huge organization. Unfortunately, I think they have also missed a very important point. Here is the first guideline, and the only one dealing with whether animal testing should happen.

Animals shall be used in biomedical research only when no other means of obtaining
scientifically sound, valid and useful results are available.

The remaining guidelines are about the number of animals and how they should be treated, so assume the testing is justified. With only this first guideline to lead us, the implication is that obtaining the results out weighs all other considerations. There is an underlying dismissal of any pain, suffering or death of these lab animals as long the result is useful. I disagree with this very strongly.

Now for the unpopular part of my rant. Getting back to Pamela, the specific charity stunt was for the ALS Association, a fund for ALS research that includes animal testing. ALS is truly a terrible disease, taking away strength, independence, dignity, and finally life itself. However, even if you accept the numbers provided by the ALS Association, there is still only 1 in every 50,000 people with this disease, about 5,600 new cases each year. This means you probably don’t know anyone with ALS beyond a small handful of celebrity cases. In fact, you probably don’t know anyone who knows anyone who has it. You may be closer to Kevin Bacon than you are to an ALS victim. And that brings me to the statement that will cause turmoil. We are not aware of ALS because it doesn’t really matter very much. Here are some things that matter a lot more:

Leading causes of death (2010 in the United State):

Did you notice Nephritis? It kills almost 10 times more people every year than ALS. Do you know what nephritis is? Ever even heard of it? How about suicide, which is usually a symptom of clinical depression, but is often treated as if the person chose it, when in fact they were probably victims of this terribly insidious disease.

The world is complex, and there is no black and white, but some things are close judgement calls, while others are obvious and self evident. Animals are living, conscious, feeling creatures; fully experiencing pain, sadness, terror and disgust; having the capacity to know joy, excitement, contentment and love. Putting an animal through most forms of lab testing, infecting them with disease, modifying their body chemistry and/or subjecting them to environmental stress, just cannot be done in a humane way, To say we will treat our lab animals humanely really just means we will treat them as humanely as possible, while still doing everything we need to do to them to obtain our results. Then, after all that, we almost always euthanize them, either for dissection, or just because the project has ended. To pretend animal testing is not terrible is just a terrible lie we tell ourselves to sleep easier.

The question remains. When is animal testing justified, bearing in mind that most of the time it might more accurately be called animal torture and death? When does the end justify the means? I think the only time is when survival is at stake, and not of the individual, but of the human race. I think for rare conditions like ALS it is obviously not justified. If 5,600 people die of ALS in a year, that still leaves about 314,000,000 of us breathing, dancing and probably doing silly things that are more likely to kill us than ALS, anyway.

And in that same year another 32,000,000 people were born. So, what does that say about even the biggest killers? The two most significant ways to die are heart disease and cancer, which combined still kill less than 1,200,000 of us each year. That means that for every person that dies from either of those massive killers, 26 more are born. From a purely scientific numbers game, it is not a slam dunk that even these terrifying diseases justify the cruelty of animal testing. Maybe nothing short of the black plague, which at its peak killed about half the population of Europe, could justify this horrible practice.

On the other hand, if my child was dying, and strangling bunnies might help, I am pretty sure I know what I would do. As soon as you get close to it, zooming in from the big picture until you are dealing with individuals, the decisions quickly get much less lofty, and much more selfish. I am not ready to end animal testing. What I am ready to do is to stop pretending it can be humane, or that it can be justified with anything except purely selfish and emotional arguments. I would like smarter folks than I, like our friends at the National Health Council, to come up with guidelines that include justification for animal testing that assumes it is a horrible means that diminishes us all, and therefore requires an extremely important end to be justified.

One more thing to mention. Everyone on the planet is either you, me, or us. It might make you feel better to think of the researchers doing animal testing, and the people who are only alive and healthy now due to treatments developed though animal testing, as “them”. You would need to think again, though. Almost every medical treatment or procedure has some key element derived from animal testing, and almost all of us are alive now only because we ourselves, or our parents, or our grand parents, were saved at least once by one of these treatments or procedures. So on this playing field, we are “us”, and the animals we have used to survive and thrive are “them”. Maybe one day we can all be “us”, and have advanced enough that this terribly difficult decision on whether the end justifies the means will no longer be necessary. Until then, at least be fully aware of the terrible costs of our lives and comfort.

By JohnsonAugust 25, 2014Blog, SoapboxLeave a Comment on Ends and Means