Emily feels a cold chill climb up her spine, feeling like she has been here before. And then she remembers, this is the dream, and it has once again taken a turn, a terrible turn. There is blood everywhere, on her sword, on her arms, and on the bodies that surround her on a vast, dry plain. She sees the same mountains in the distance, the same river at her side. She turns and sees the same city, in smoking ruins, behind her. And everything is draped with curling smoke and quiet death.

She begins to climb over the bodies, heading for the river, her only thoughts are for the relief of the cool water washing the blood from her body. All so familiar. At first, the bodies she climbs over are her enemies, decapitated, shorn in half, or bludgeoned beyond recognition as human. Then, as she gets closer to the river, she recognizes her own men, all rended the same as her enemies. She slows and looks down into an unblinking face, his body draped over others like a rag doll, his body crushed. She stops as the memory strikes her, his confusion, his terror as she staves in his chest with the pummel of her sword. Faltering, she remembers the lust, the thrill, and the carnage. She remembers the need, a thirst for death, any death.

Falling to her knees, she remembers 20 years of war, moving from country to country, leaving nothing but silence, stillness and ruins behind. This was the final battle, these were the last people on earth. It’s over. She leans forward and, eyes bright with tears, pulls the dead man to her, hugging him and crying into his matted hair.

“I didn’t want this,” she whispers to him softly. “I thought I could change it.”

She feels the chill in her spine again, and remembers. “This is the dream,” she says out loud. “It’s not real! It hasn’t happened, yet!” she yells to the sky, still clutching the dead man to her breast.

She looks down again, into his lifeless face, then closes her eyes.

It doesn’t work. It never works.

Gently laying the man back down, she closes his eyes and stands up. Opening her eyes and turning, she stares at the river, it’s cool deep waters moving slowly past. Now alone in the world, she slowly makes her way over the newly dead until she reaches the banks, watching swirls of dark blood flow along the edge.

With one last look back at the blood soaked plain, she begins to walk into the river, discarding her sword and armor as she wades into the water. When the river reaches her neck, her head barely above the surface, she lets herself fall forward, floating face down, letting the current carry her towards a distant sea.

At first, it is peaceful, cool, and her tension drains as she floats, eyes closed, listening to her own heartbeat in the muffled silence under the water. Then her body begins to rebel, her lungs burning for air. Air, air, it’s all she can think of, but she fights it and stays face down. With a last great effort, she forces herself to open her mouth and breath the water, her body so desperate for air that, for a brief second, it complies. Convulsing, she chokes on the water, feeling it like fire in her lungs. Still, she remains face down. She knows what the alternative is. The world gets darker, the fire in her throat and lungs not fading, but becoming thinner, further away, as if it is happening to someone else. 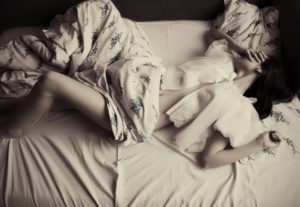 She wakes up in her bed, trying to scream and breath at the same time, her heart pounding out of her chest. Gasping and coughing, she rolls out of the bed and falls to her knees beside it, retching putrid river water. After a few moments, the coughing and retching subsides.  Her body  back under control, she slowly falls sideways, curling up on the floor by the bed, spent.

“That’s not how it will be,” says a quiet voice, a silhouette in the open doorway.

Emily begins to sob, her shoulders shaking softly. The sun has just begun to peak through the eastern window. The dark figure is gone from the doorway.

“I don’t want a destiny,” she whispers.

God is a Disco Ball